The Gender and Education Office of ICAE has been a strong pillar of ICAE for years. Three important feminist networks took part in its foundation and gave a global strength and a very broad and diverse feminist vision:

GEO´s mission is to mainstream gender in the Adult Education sector, to ensure that women are granted the right to lifelong learning and to participation as active citizens.

This mission is reflected in the following objectives:
(i)    To monitor and follow up international agreements on gender, education and lifelong learning;
(ii)    To mainstream gender in different global and regional spaces such as the International Council for Adult Education (ICAE), UNESCO, World Social Forum, World Education Forum, UN Conferences, Global Campaigns for Education and UN Literacy Decade;
(iii)    To implement a comprehensive and systematic approach to education for inclusion from a gender perspective and promote connections among the agendas;
(iv)    To secure the right to education in women and feminist movements activities and in the different scenarios of global governance;
(v)     To support GEO members around the world to achieve the above mentioned goals though an ICT and communications strategy.

GEO strongly promotes learning opportunities to grassroots women so as to strengthen their advocacy capacities to realize their right to education. In this sense, in 2011 and 2012 GEO implemented the women’s rights training course: “Adding Knowledge” funded by UN Women Uruguay.

GEO actively contributes to the setting process of the post 2015 Development Agenda: 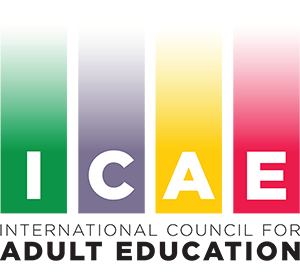